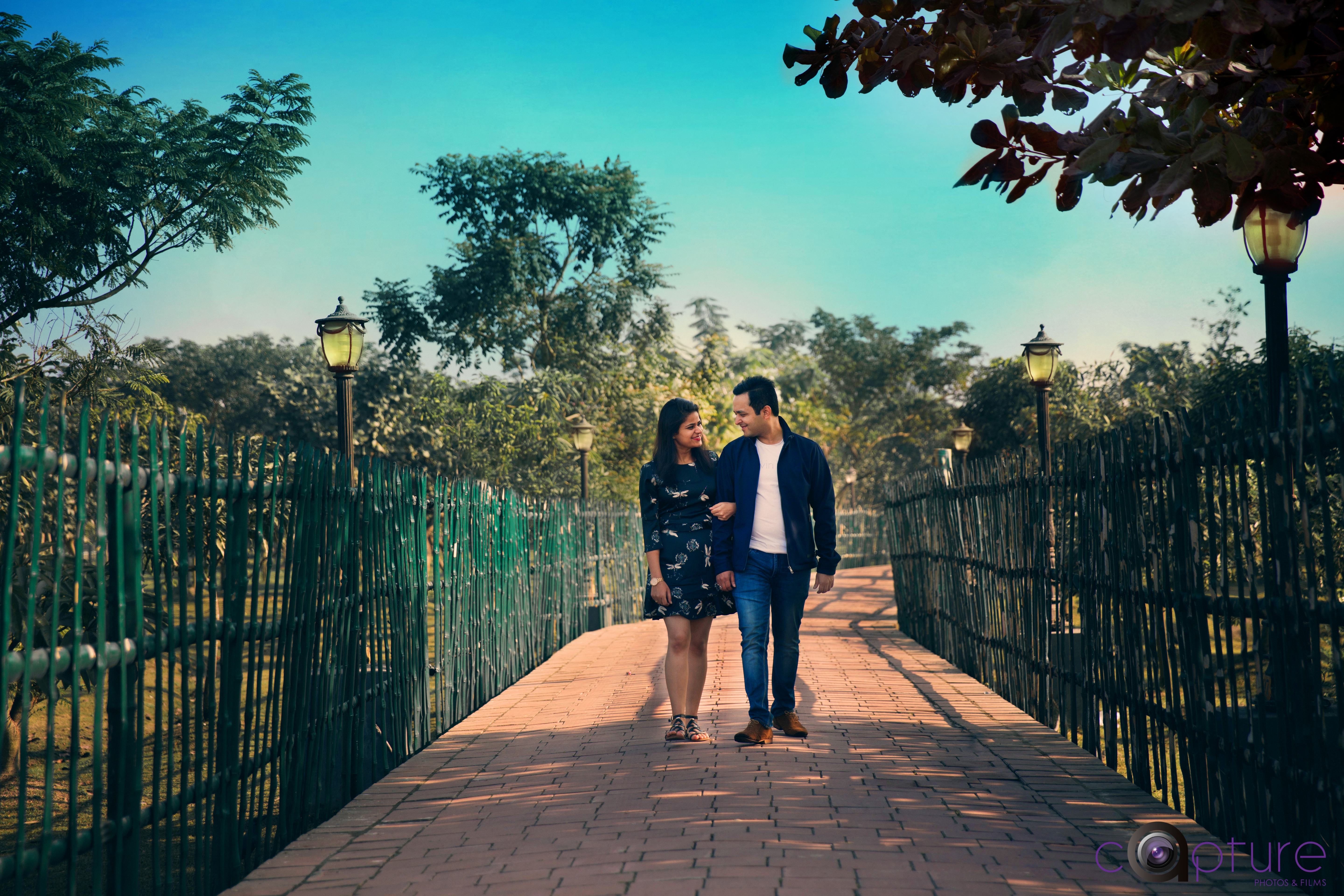 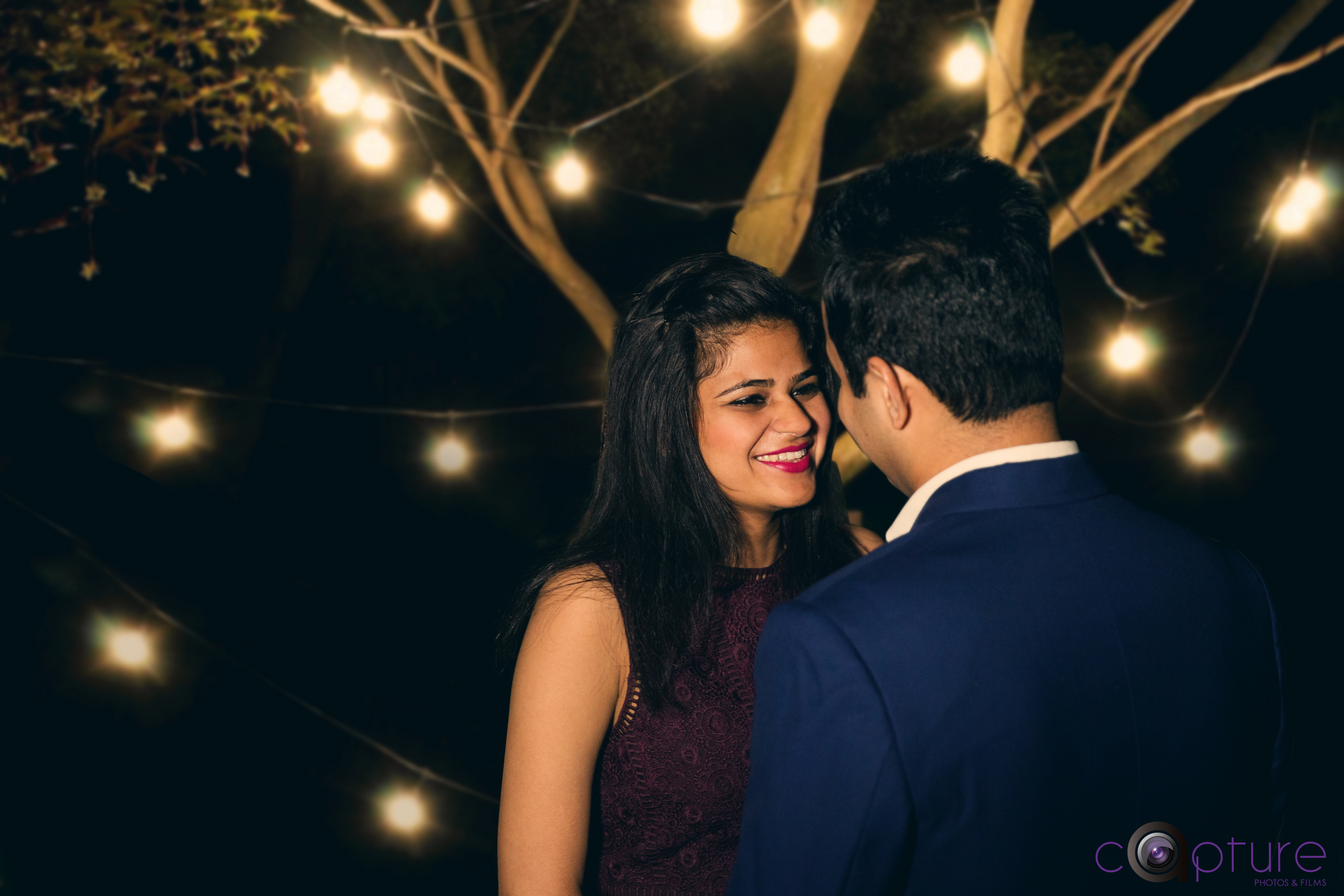 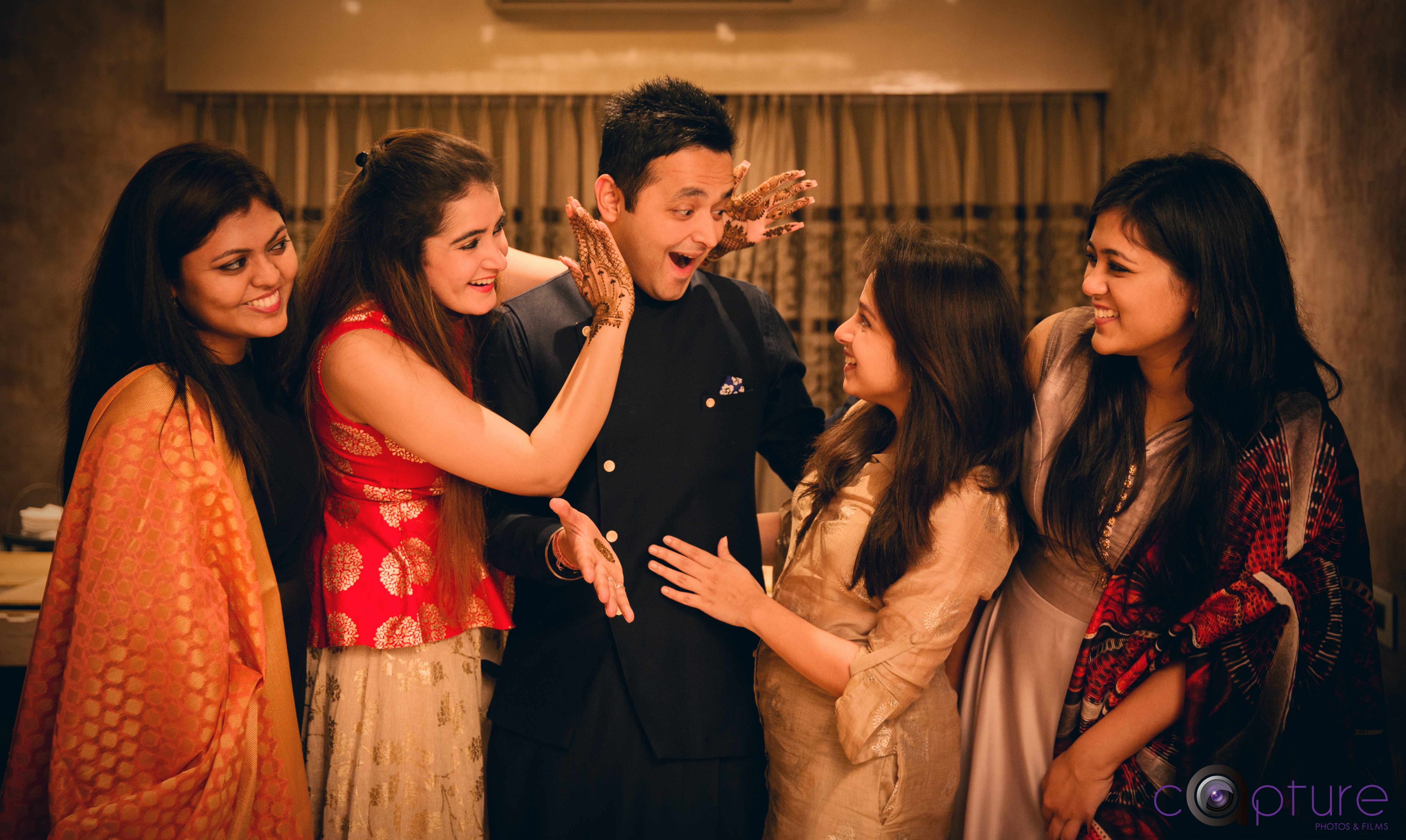 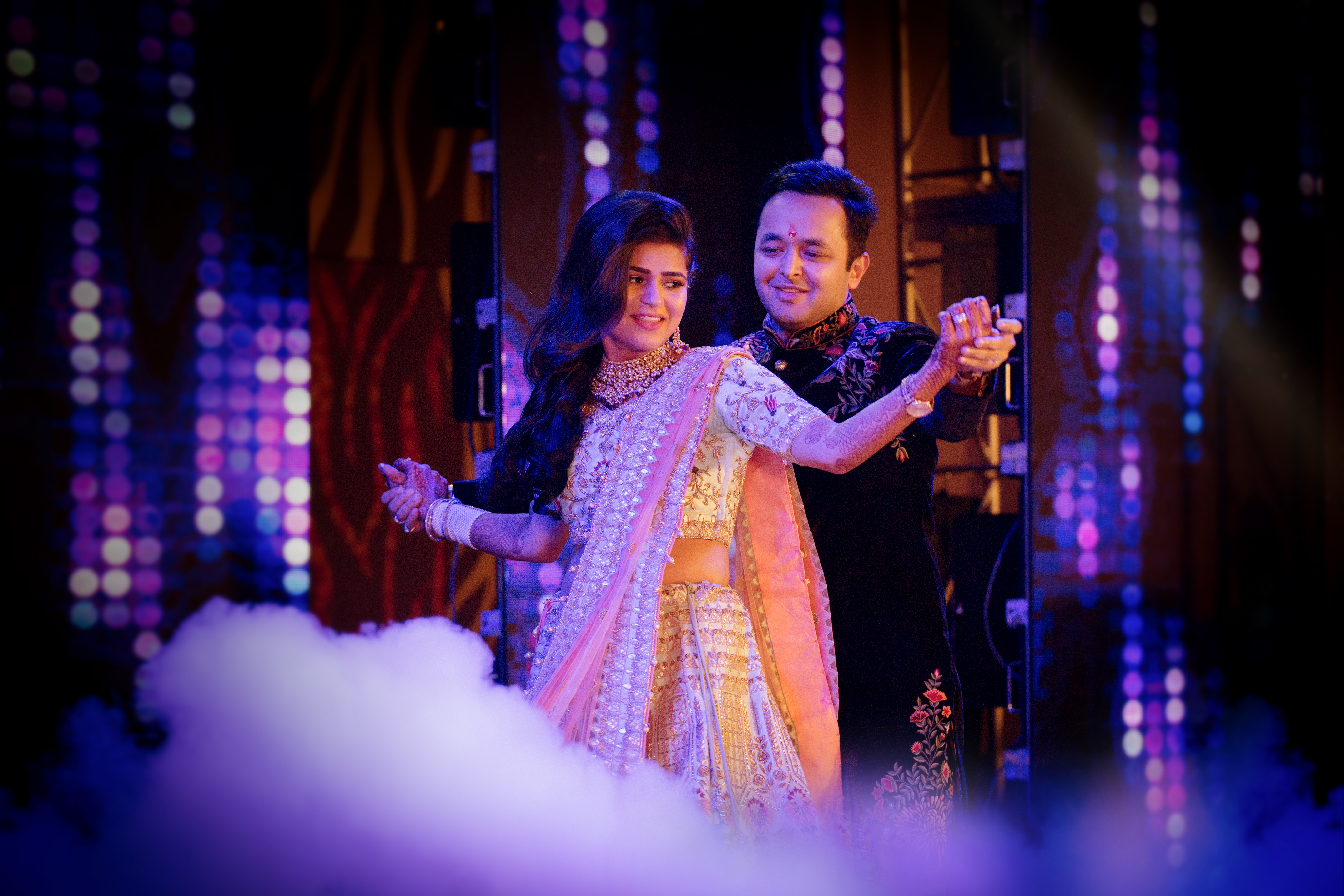 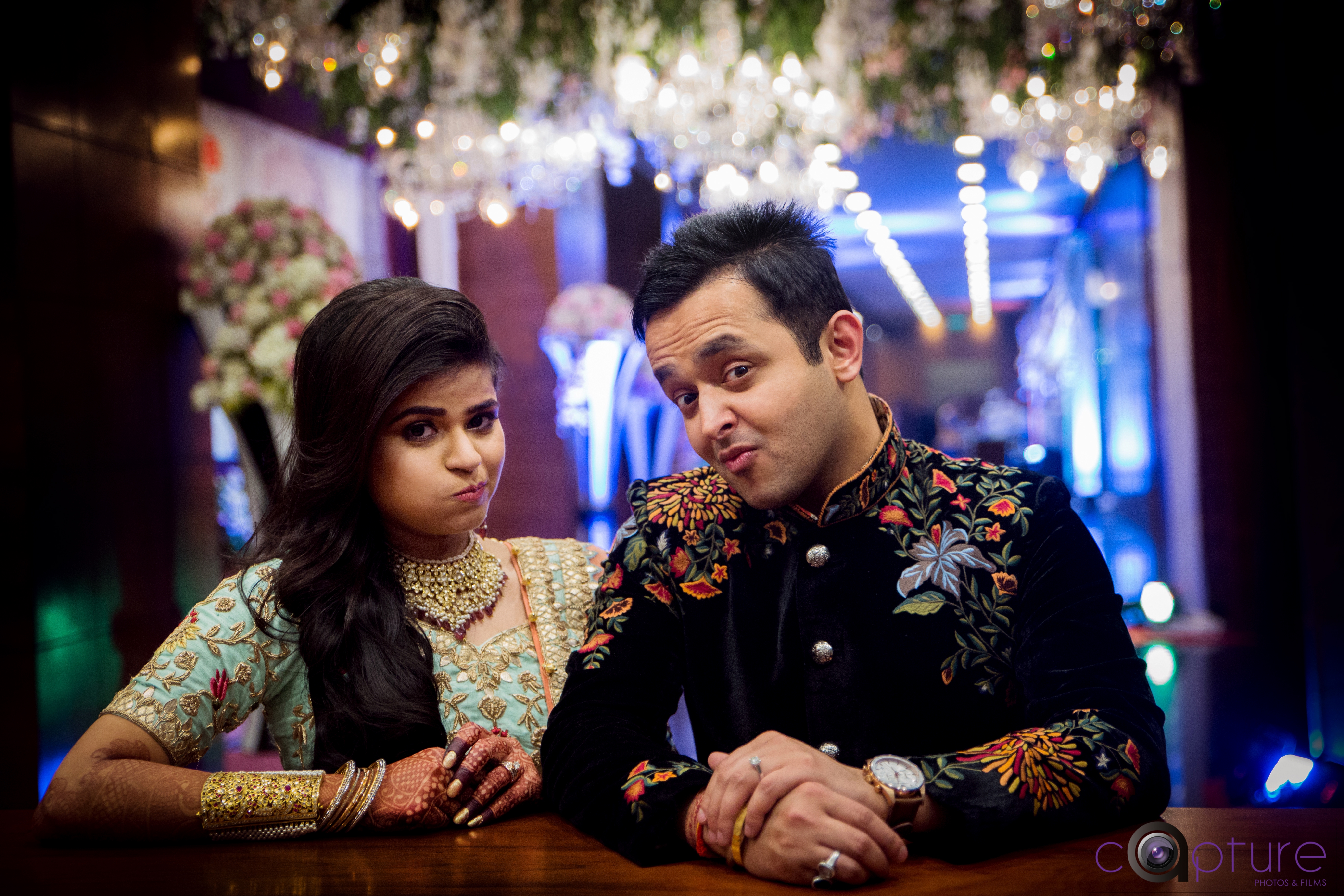 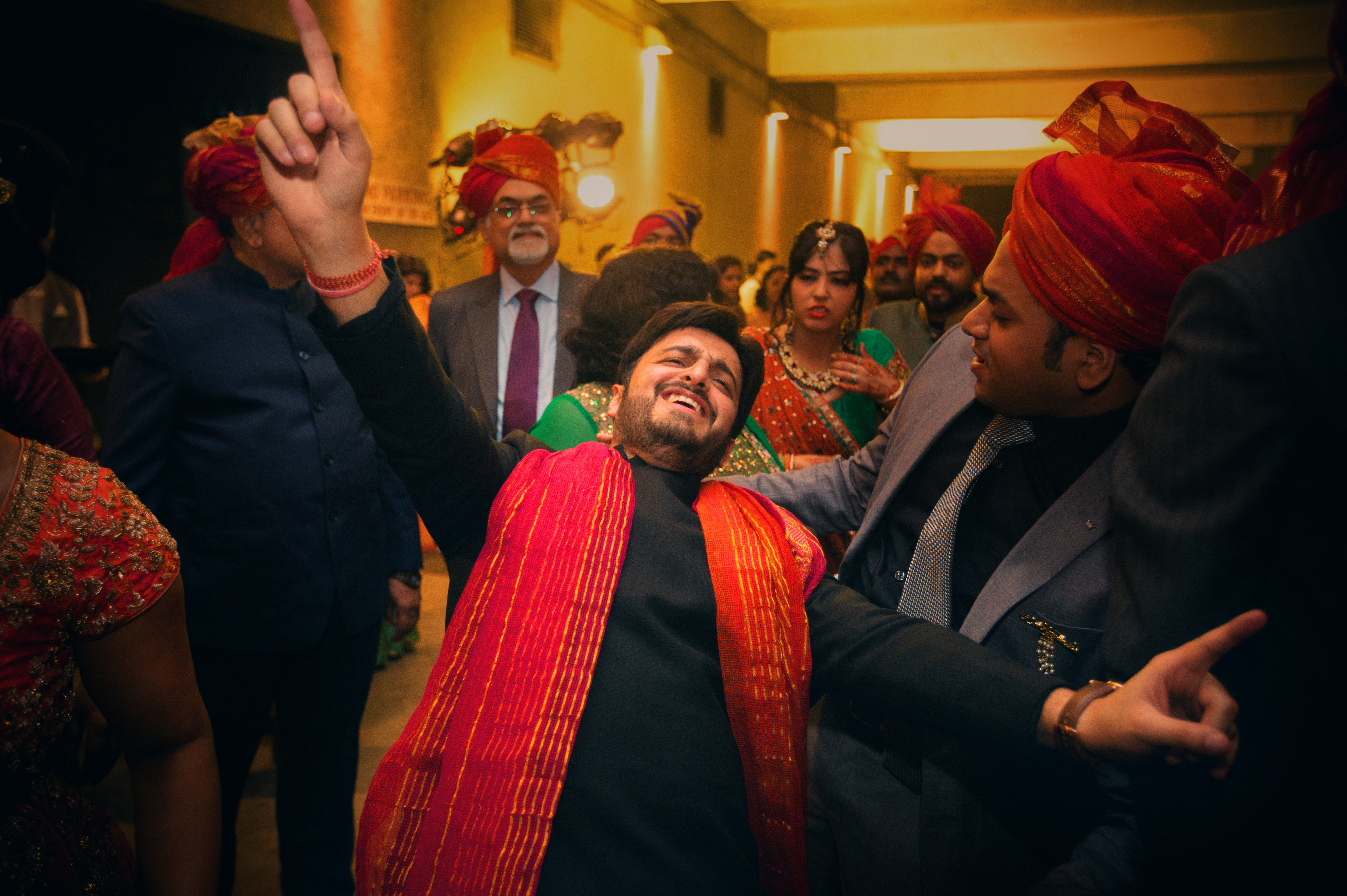 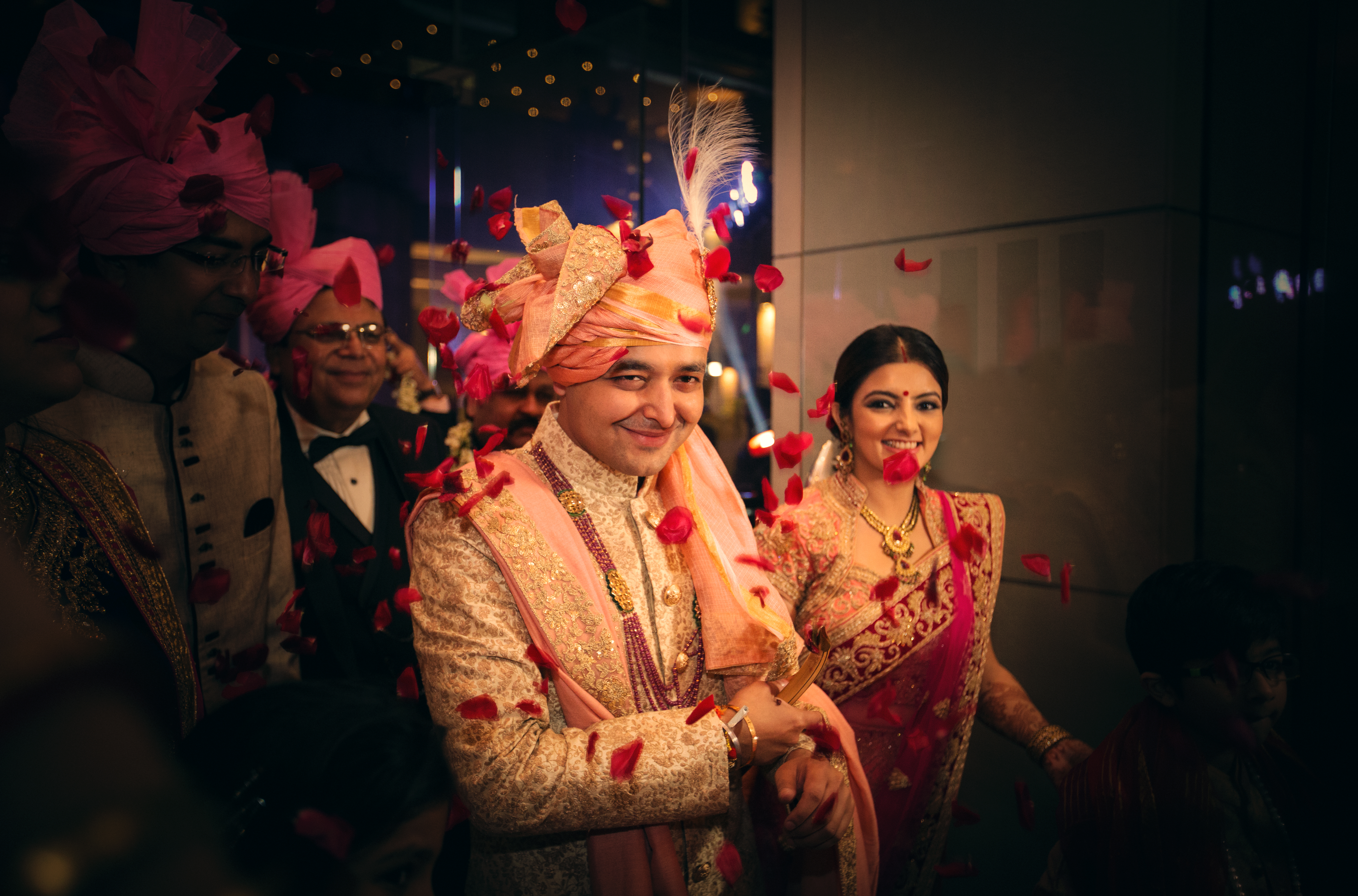 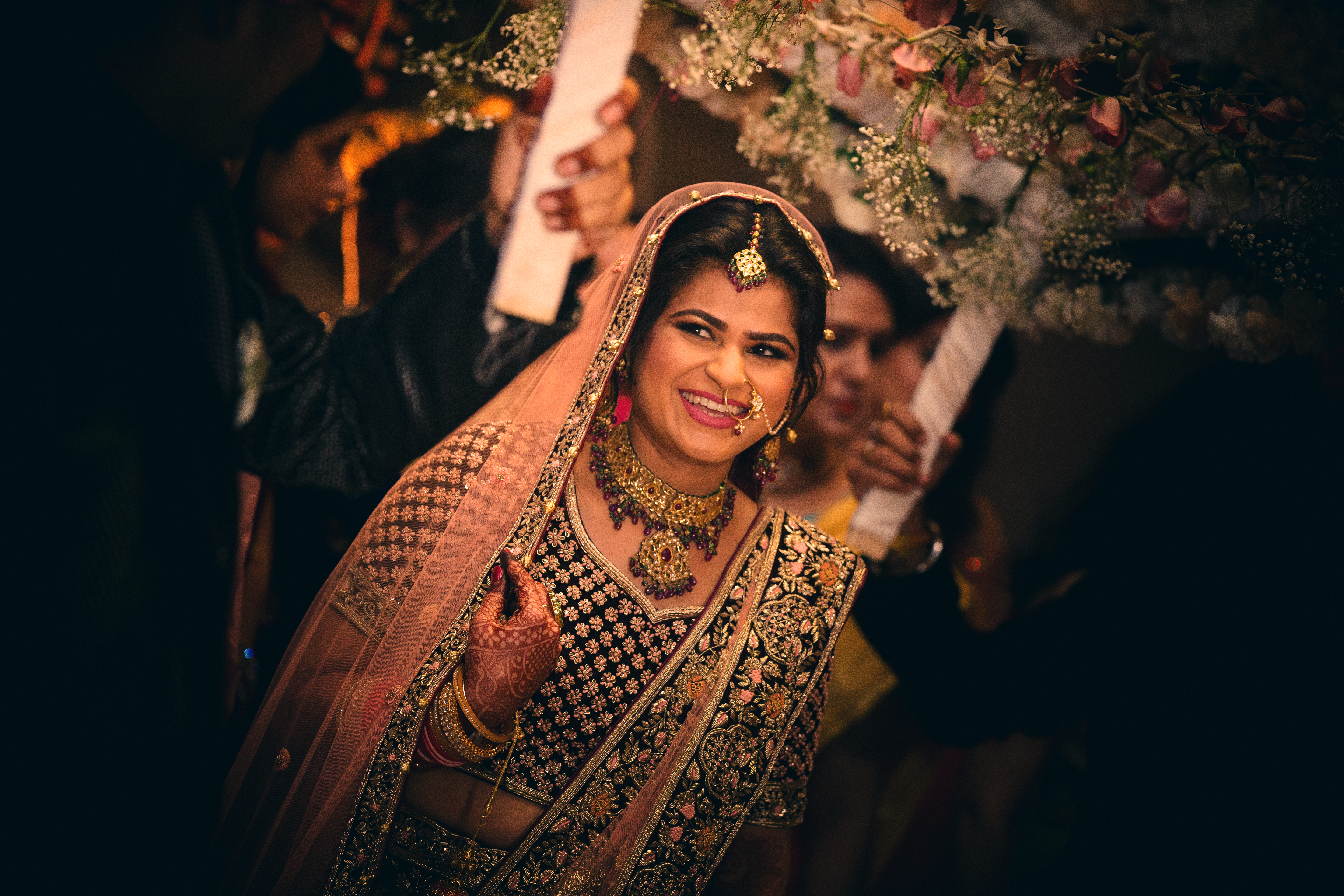 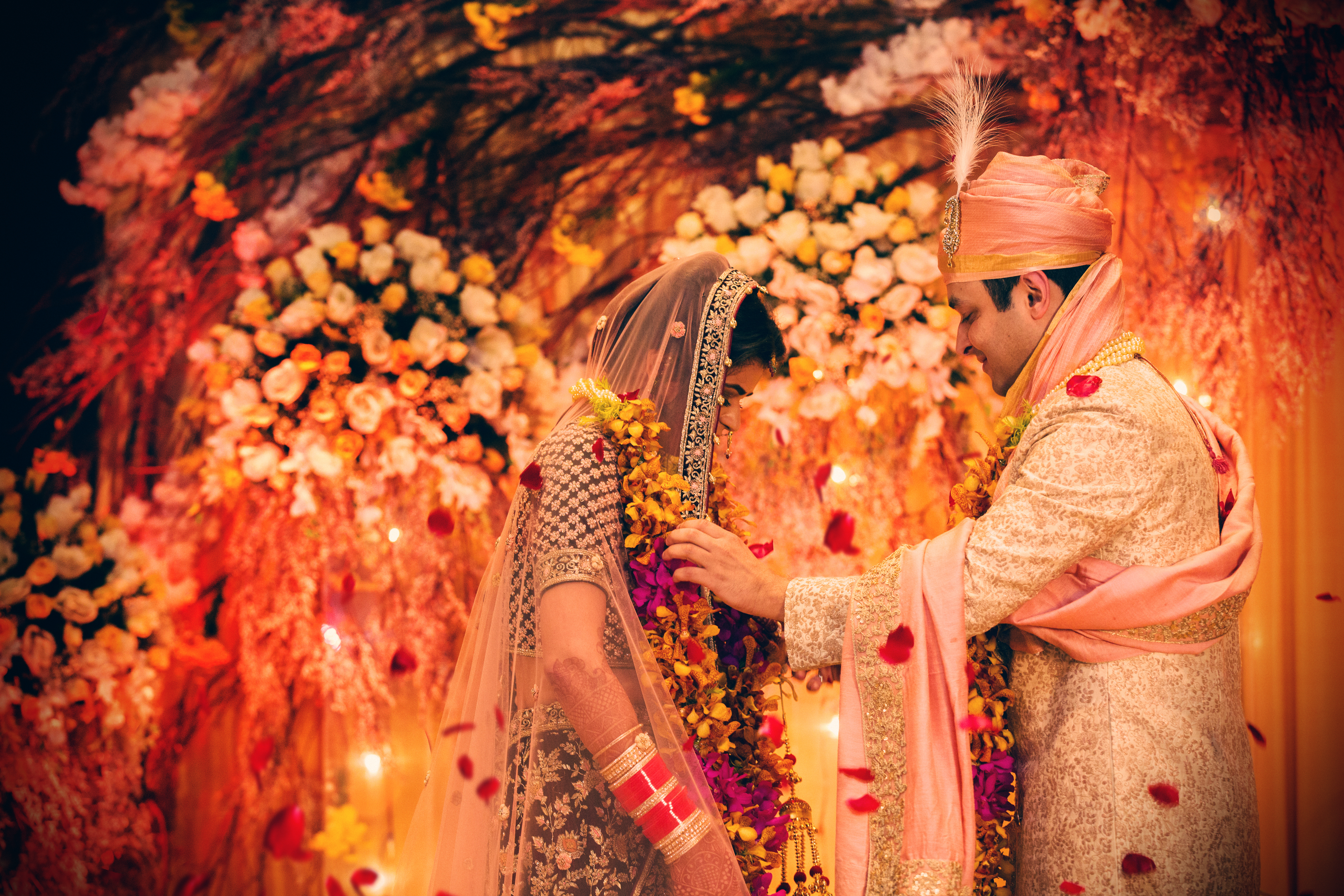 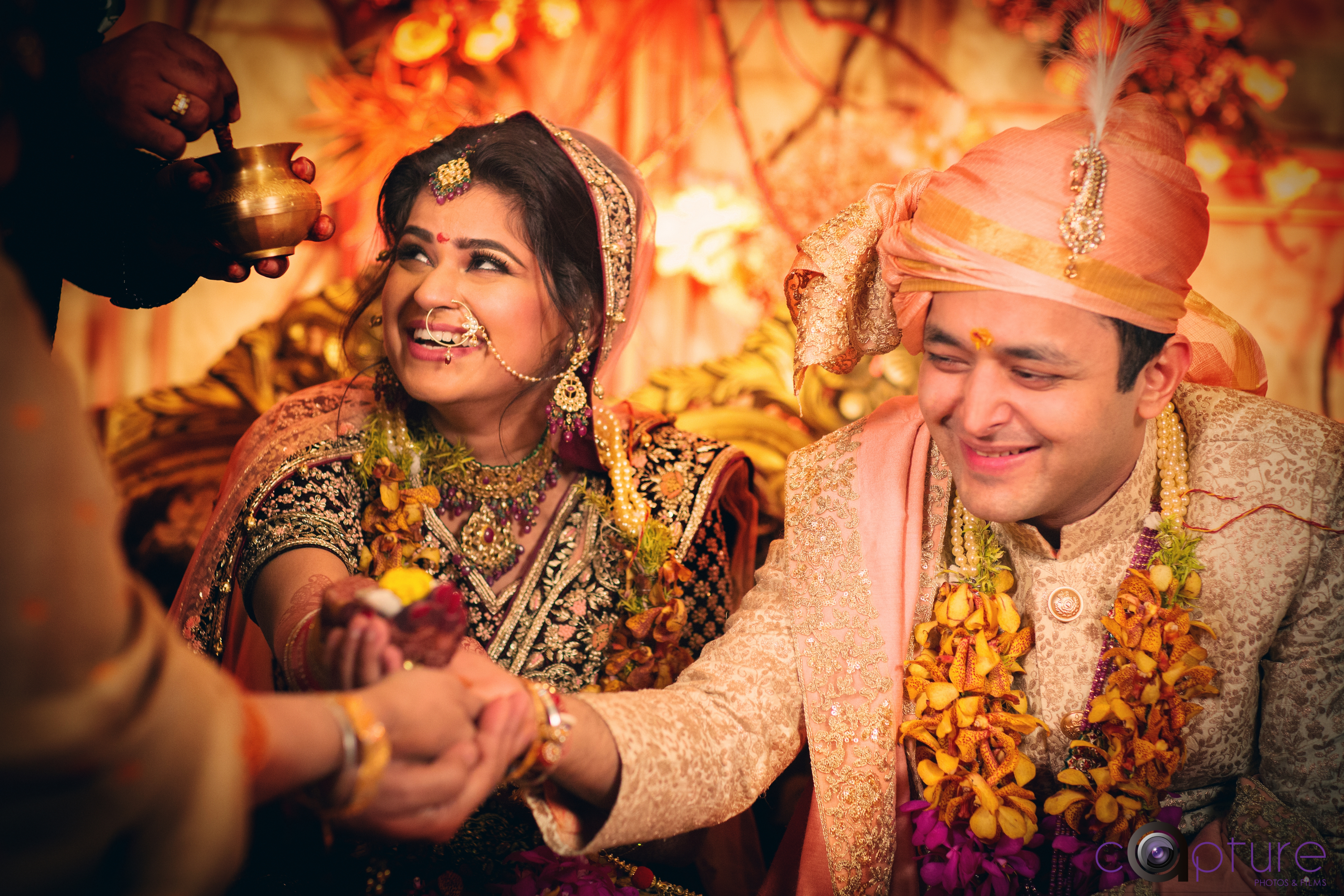 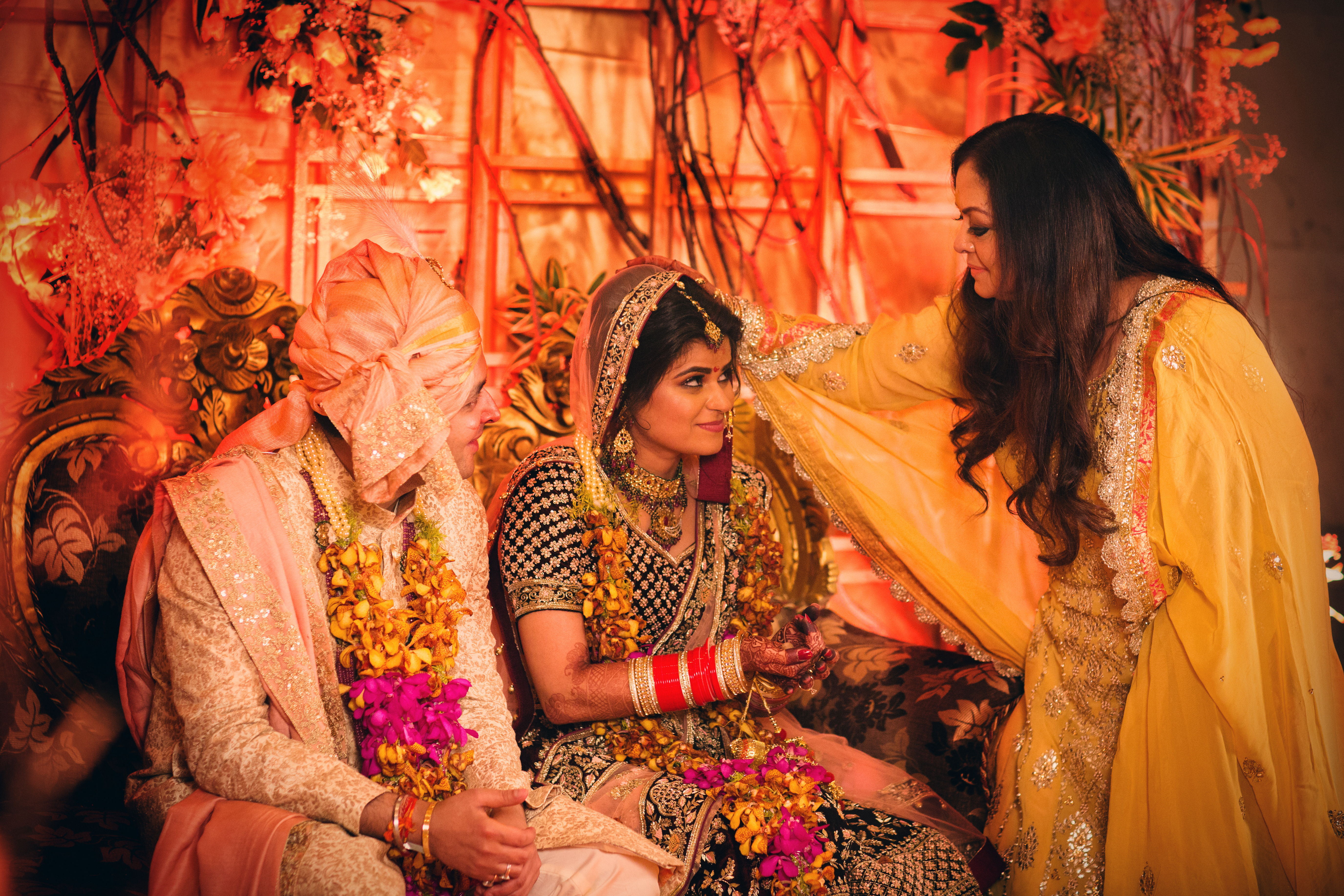 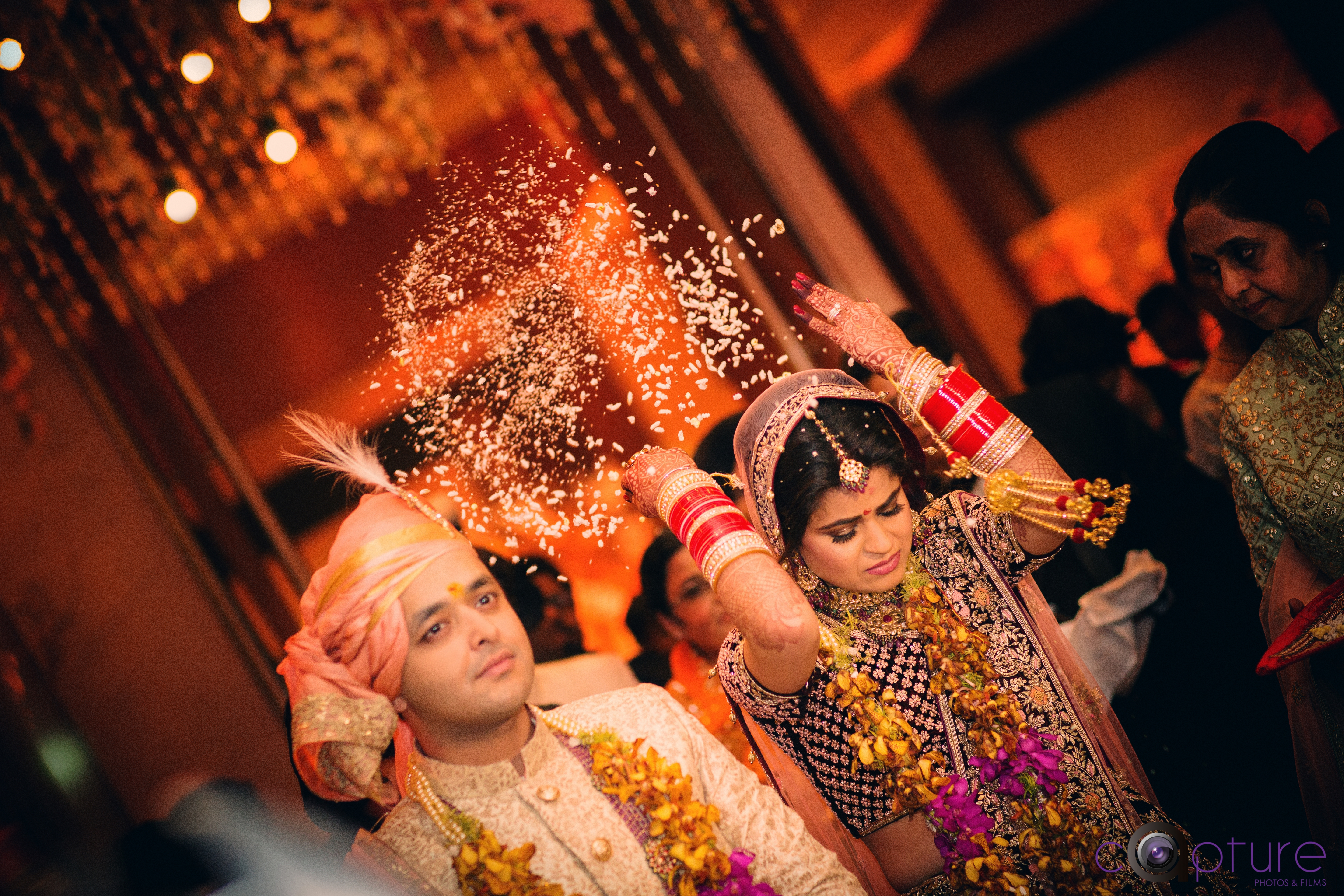 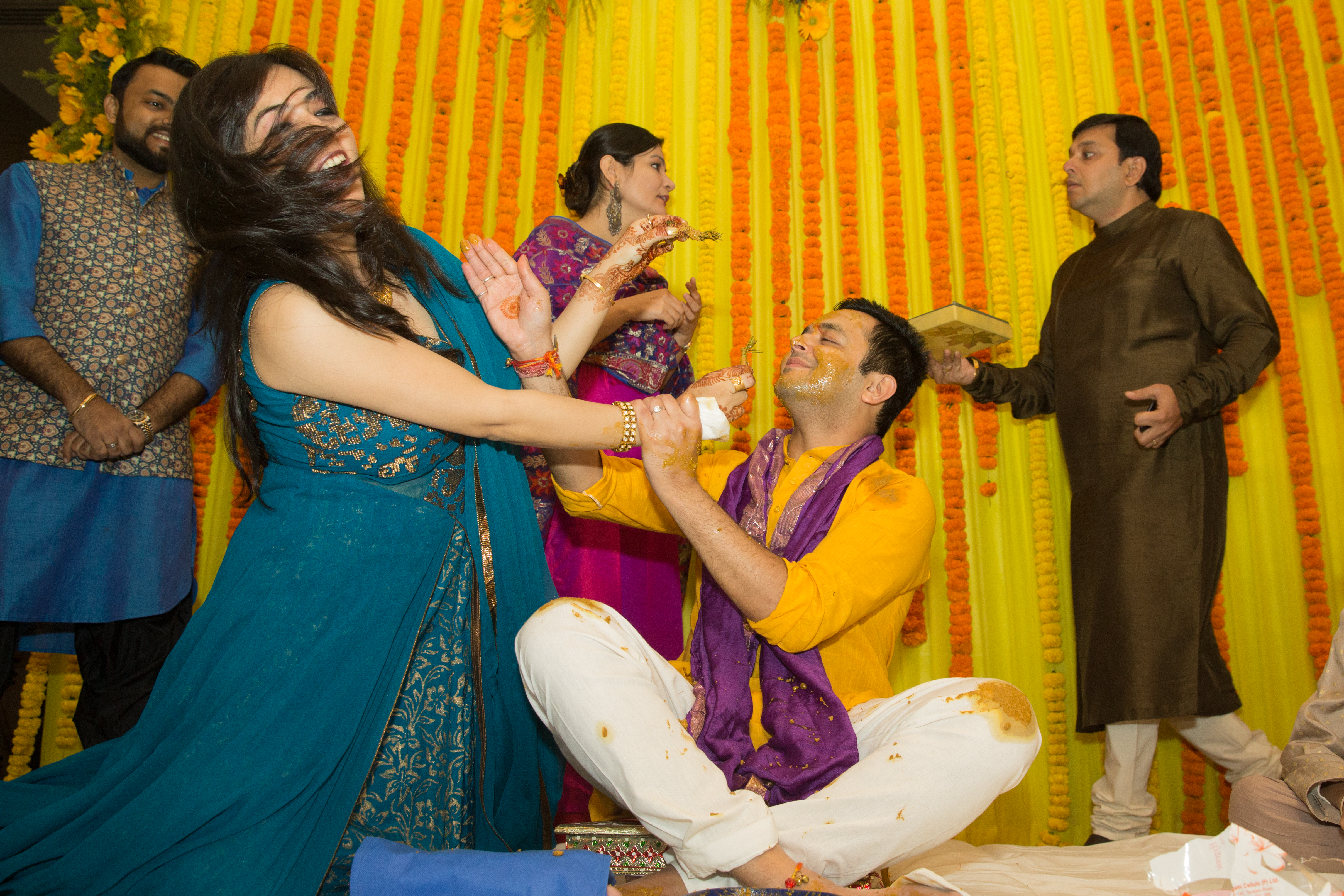 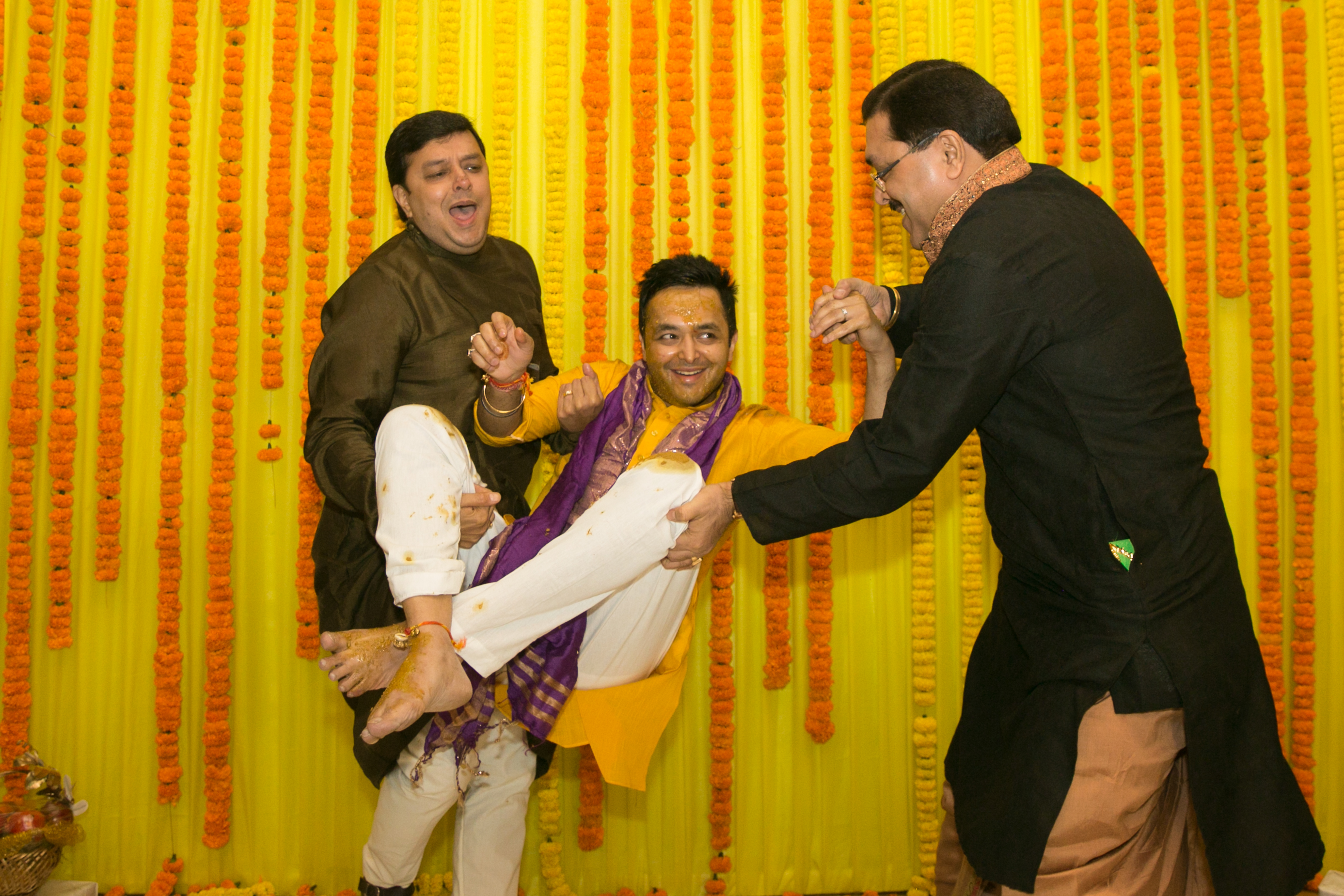 We have put together the tale of this young couple whose parents introduced them and they found love in each other unexpectedly.

Meet the beautiful bride, Sheetal and her handsome groom, Pulkit.

When (city) bride met Kolkata’s groom, it was a treat for both the families. For the longest of time, the parents had wanted their children to find their better halves. It was an initiative taken by parents that led to Sheetal and Pulkit crossing paths and deciding to spend their lives together.

“I have loved the stars too fondly!” – Sheetal exclaimed.

It was almost midnight, she sat under the twinkling stars enjoying the silence and calmness of the night. She began contemplating the approaching wedding day and addressed the anticipation along with anxiety in her mind. She realized that in no time, her life is going to take a huge turn but she knew she was looking forward to all the positivity and happiness it was going to bring to everyone and her. Lost in the silent accord of the night she was shaken back to reality when her phone rang. Whoa! It was Pulkit calling her. Sheetal’s heart skipped a beat as she was going to converse with her future husband alone for the first time. Holding on to the excitement, she said Hi! In no time, her train of thoughts and anxieties vanished in thin air, as she found herself getting connected to her future man.

Sheetal had found the man of her dreams and felt it to be very right to marry Pulkit.

“I am wearing the smile, you gave me.” Sheetal rejoiced with happiness.

From spending the entire day shopping for her wedding to meeting Pulkit for dinner, Sheetal wanted to live every moment. Pulkit wanted to add more magic and took Sheetal to their reception venue and proposed her. Sheetal was caught off guard. Awestruck by the heartfelt surprise, she said YES! She often cherishes the proposal as the most memorable moment of her life.

October, the month of festivity, became the month of the most awaited wedding of Sheetal and Pulkit. The prettiest thing the couple wore were their smiles.

Ceremonies like Mehendi, Sangeet, Haldi, games for children, dance competitions all rolled up one after the other in synchronization and filled the wedding atmosphere with pomp and spectacularness.

Our bride and groom stole a moment or two for themselves expressing their enthusiasm, excitement and nervousness. Both of them secretly made promises of being together for the rest of their lives. The gang of little princesses were found giggling in the corner to themselves, parents smiled their hearts out feeling accomplished and friends and relatives poured their blessings on the special couple. The crowd burst out dancing in the wedding spree and it was a delight!

Our heartfelt gratitude to Sheetal and Pulkit who made us a part of their journey! We wish the married couple a lifelong of happiness and health.